Like any good book review ought to do, this one starts out with "here's the books I'm talking about" and "here's a way to verify you have the same ones I read".  In this case the books are decent OCR scans and so who knows, perhaps are different in more substantial ways than the few typos from other editions.  At any rate, here they are.

When discussing books about magic or sorcery, in which a student studies from masters and becomes at least somewhat proficient in the art, three sets come to mind, in order of my personal recommendation:

Of these three, the Don Juan series stands out as by far the most interesting in my mind and it is the subject of this review.  The Harry Potter series is entertaining, well written, and I enjoyed it, but it does little to inspire the reader in other ways.  Much of the lore therein (broomsticks, gnomes, spells, potions, etc.) is quite old but the history is not explored in the books apart from using the lore itself in a modern context.  Why does the broomstick make you fly?  A reader of Harry Potter might not realize that Datura is the active ingredient which is rubbed on the broomstick and topically applied to genitalia using the stick.  OK, the movie might have a different character if this were explicit.  Flight by use of Datura is specifically addressed in book 1 of the don Juan series.

The Earthsea series has a plot very similar to Harry Potter in many ways, and is perhaps unique among these three in that much of the later action takes place away from the teachers or masters of magic as the protagonist deals with things on his own.  There is a little more interest in terms of decisions the hero (Ged) must make about when to use magic, how to overcome his troubles in personal struggles, etc.

Your first hint that the third set here stands apart from the others is that it is often found on the "New Age" shelf in bookstores rather than the "Fiction" shelf.  This is because much of the themes and discussion in the book are of what might be described as of a "self-help" nature.  How to get your life in order, how to live like a warrior, how to find your power and will, etc.  In this regard one might take the book as somewhat similar to "The Celestine Prophecy" (also found nearby in bookstores) in that the author has very interesting ideas about psychology and anthropology and uses a story to tell these ideas to the reader.  However, every book in the series (apart from the 1st perhaps) is very clear that it is about lessons in sorcery taught by a sorcerer.  The name "Toltec" first appears in the 6th book.  While the main protagonist (the teacher and man of knowledge don Juan Matus) grew up as a Yaqui indian, he is very clear that his knowledge and the teachings which are the subject of the book are not of that tradition but of a far more ancient line of knowledge.

Another thing that sets these books apart from the others is that the sorcerer's apprentice is not one of the top students.  In fact, the apprentice (in this case the author, as the book is written in the 1st person) is the worst student that his teachers have had.  The teachers, don Juan Matus and don Genaro, are generally at a loss for how power could have led them to such an inept student.  At one point don Juan says that he teaches Carlos solely for the exercise in self control required to deal with such an inept student.  This is a useful technique in the story because the reader, not being a sorceror, feels a clear sympathy with poor Carlitos.

Perhaps the most famous thing about these books is that they are the source for the Star Wars idea of "the force".  This idea was taken by George Lucas (who did site the Carlos Castenada books as the influence) directly from what don Juan calls power.  Not much of a renaming effort there, is it.  If you are familiar with "the force" you are familiar with power.  The sorcerors in these books work to learn how to listen to and use power, and how to store personal power.  You could also extend this further and say the the Jedi are Toltec Sorcerers.

There are also numerous other terms of great importance to the story which are always italicized.  The technique works well as the reader learns quickly the difference between seeing and seeing, not doing and not-doing, amongst other things.  It takes Carlos a few books to start to learn to see, a skill which enables a man of knowledge to know things directly and to observe the form of things directly.  One example is that when you see a person you see them as a luminous egg composed of luminous fibers with various characteristics depending on the health, history, and current power of the person you are looking at.  But I digress, and I don't want to spoil it for you.

It's hard to write a review of this series because it touches a lot of areas.  One could view the books as being about pedagogy, as they are about an ancient line of wisdom, how it is passed on, how even the most stubborn students can be taught, how to select students, and so on.  How it that most people will remain muggles, trapped in the 1st attention until the moment of death.

However these books could also be viewed as being about consciousness, as the lessons always revolve around a very loose "what is my concept of reality" theme.  On this topic there are a number of very useful vocabulary words introduced to describe conscious (and unconscious) thought.  The "assembly point" refers to that point (in some space) in which the signals from senses and nerve networks come together to produce a current "now" as seen by an individual.  Much of the early books talk about how the assembly point can be shifted and different perspectives reached, through the techniques taught by don Juan.

The consciousness of man is divided in to 8 components (will, feeling, dreaming, seeing, talking, reason, tonal, and nagual), and their connections drawn - these conclusions only being explicitly reached in the 5th book.  In my opinion this is a better effort than e.g. that of Freud and Jung (who is in fact mentioned once or twice) and the terms are at the very least quite useful in describing certain aspects of psychology.  Every one of these terms is expounded upon in various contexts, and applicable to many more.

Carlos Castenada uses a technique in writing these books that we might refer to as "method writing".  He uses full immersion.  He becomes the character.  The stories consumed his whole life, if we are to believe certain biographical reports.  Further, one often gets the impression that while writing earlier books he really didn't know what was going to happen later.  Much of the time don Juan and don Genaro are forced to trick Carlos, and because Carlos is tricked, the reader also is tricked.

Most reviewers were also tricked!  For example, many people imagine these books are about hallucinogenic plants.  In fact, only the first book contains lessons using peyote, datura, and the "little smoke" (a mixture containing mushrooms).  [Correction: the third book also includes some use of the "little smoke"].  These materials are referred to as "power plants".  However, if one actually reads the books it is quite clear that the sorcerer, the man of knowledge, practices his or her art in complete sobriety.  Don Juan tells Carlos "I gave you power plants because you were dumb".  Most students don't require them to move forward in their lessons.  Personally I know of no other book series so inspiring of sobriety.

Another way reviewers have been tricked is that they truly take all the stories at face value, and attempt to deny them.  "Carlos made up these characters" they say, with snide expressions on their face.  "Scam alert!".  This is comical in light of the fact that the books are more fanciful than either Harry Potter or the Wizard of Earthsea.  Strange creatures from other dimensions (the "allies" for example, which don Juan and don Genaro are able to capture in gourds and wear on their belts), repeated jumping up and down tall cliffs, being able to travel instantaneously great distances, and being in two places at once (the double), as well as thousand year old plus sorcerers all appear in these books.  And that's just getting started!  Whether these stories are "made up" is for you to decide, but it seems an odd critique.

Some reviewers also criticize the books by citing the source material which Carlos used in his research.  Apparently various Yogi texts as well as anthropological surveys were used.  Oh noes!  In my mind, this just makes the books better.  Research is not a crime.

Because there is no real "plot" in the traditional sense (no Voldemort or continuity of antagonist), and the author doesn't waste any time with adolescent bullshit like harping on sexual relationships, you can basically read these books in any order.  However you might want to read them chronologically to get the background required, though every one opens with a section to bring a reader up to speed at least enough to follow.  In my opinion the climax is reached in "Tales of Power".  Later books get more fanciful, and stay interesting, but also might be somewhat more contrived.  The "art of dreaming" is one of the wildest tales ever, right up there with the "dream quest of the unknown kadath" of HP Lovecraft.

Finally, if you do read, take special note of Genaro.  He is one of the greatest characters of all time.  He not only has remarkable superhero powers (e.g. can appear anywhere if you just "call" him) but is always smiling and a great joker, and showing his love for life and the Earth in fabulous ways.  He is an impeccable warrior.  Oh, and when he takes a shit there is thunder and the ground shakes 🙂  At one point he hides Carlos' car inside his hat.  I'll let you enjoy how that one turns out. 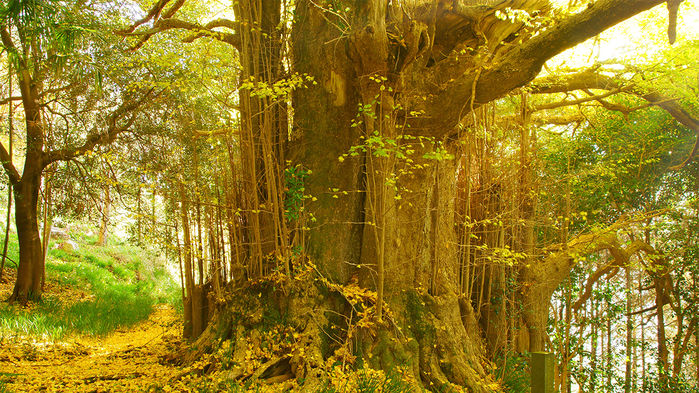