Ever wonder how you got where you are?  Well, this was at one time the future.  It was molded and shaped into what is now the present.  To get a handle on this process you will need to read science fiction.  No, not the moving pictures, turn those off they won't help.

Things have changed a bit since I first was exposed to this stuff.  I'll do this roughly in the order it was pushed on me, and only hit the parts that happen to come to me immediately.

1) H. G. Wells, Ray Bradbury, Madeline L'engle (Wrinkle in Time), John Christopher (White Mountains), William Sleator (Interstellar Pig, Singularity).  Classics, I leave out most of the titles here.  I kinda group these together here because they are often read in teenage years.  If you missed them, why not go back?

Foundation Trilogy.  Mandatory, introduction of Psychohistory and Foundation building.  Other Foundations, worth reading.  Robot series, good fun, probably less relevant now but still classic and required to understand modern parlance.  Dozens of other books I barely remember, all good fun.  E.g.  Currents of Space.  Highlight: End of Eternity.  Best time travel story, if you are into that genre it is mandatory.  Also notable and worthwhile science books.  I met him in an elevator once.  He said Velikovsky was often wrong, but he would always read him.  Something like that.  Sound familiar?

Wow.  The world won't recover from the release of Neuromancer for at least another century.  The other two in that series are Count Zero and Mona Lisa Overdrive.  If you have even a passing interest in cyberspace and you haven't read these a few times each already, get psyched.  This is cyberpunk.  On the strength of these I will read everything with his name on it.  He marks a transition from explanatory science fiction which Azimov was a master of, to a more open ended and requiring-stronger-imagination style.  Gibson is not going to sit down and tell you who Maas-Neotek is, what 'trodes are, or even what jacking into cyberspace means.  You just gotta move on (through the ice) and eventually figure it out for yourself.  This is kinda why it often takes a second, third, or fourth reading to get some of the subtleties.  Well to be honest, what is that stuff really?

Hot on the heels of cyberpunk, the ambitions Stephenson also has made it into the mandatory mega-book category.  Snowcrash should get you started.  It's awesome.  There's a lot of material, Cryptonomicon, Diamond Age, plus the whole Quicksilver series (even if not science fiction, it is fiction that describes science, a great story which features amongst others Louis XIV, Newton, Leibniz).. The Baroque Cycle they call it?  Also short stories,  Zodiac? No way did I remember that title?  And then.. wtf is this Readme?  I personally think there is some steganographed message in here because it just doesn't seem like him.  It sucked.

Takeshi Kovacs is a remarkable character, the trilogy is: Altered Carbon, Fallen Angels and, sorry you'll have to go look them up yourself.  You have to read them to find out what double sleeving is.  Sex, violence, AI, politics, out-of-control nanotech, these books have it all and yet they are remarkably straightforward.  After these he apparently went into more fantasy writing.  I read one which was decent but not going to compare with these gems.

The genre is apparently "Space Opera".  Or maybe it's interstellar opera, I forget what they call it.  There are a whole slew of books by this genius, I loved all of them.  Imaginative but not over the top.  Even the intelligent neutron star somehow fits in there.  The cubist aliens known as the Inhibitors (which explain the Fermi paradox btw) are scary as fuck but not as bad as the green menace.  Revelation Space and Chasm City are probably enough names to get you started.  Pushing Ice is a brilliant standalone book.

OK so this gets a bit more "pulpy" but I read all of the series.  The dragon is a one-of-a-kind character, the stories all fun.  Aliens pushing diddled tech on unsuspecting populations.  Cybernetic assassins and other exotic weaponry.  Somehow I don't remember the titles apart from "Brass Man".  You can look them up.

The Dispossesed and Freehold, come right to the top in my mind in this enormous genre.  Ursula Leguin deserves much more mention than this measly blog post is going to provide (the Earthsea series is worth reading for anyone who would consider Harry Potter, not really sci fi though).  The thing is that science fiction allows people to speak truth to politics.  One is not constrained by current social pressures when telling a story a story about a fantasy world, or so the story goes.  Even Red Mars, Green Mars, and Blue Mars kinda fit in here, even though they are also well researched from a science standpoint, the story becomes political.  I might as well throw Herbert's Dune in here too, though it doesn't really belong.  Has multigenerational politics though and - worms and stillsuits.  Gotta love 'em.

Brilliant and disorganized.  You gotta read Accelerondo, another mandatory one sorry.  The whole series of books with the high-tech occult is also fun.  Saturn's Children is also a highlight, and its companion.  There's a lot of brilliant and unpolished ideas, almost like he were writing from fiat mordor or something, paid by the word.  I'm still working through these.

Ringworld, Discworld, Helix.  Pushing Ice could go in here too.  This one goes in here mostly because I have Helix in front of me at the moment, but I haven't started it yet.

Might as well stop there, before it becomes less Canon and more Library.  Enjoy! 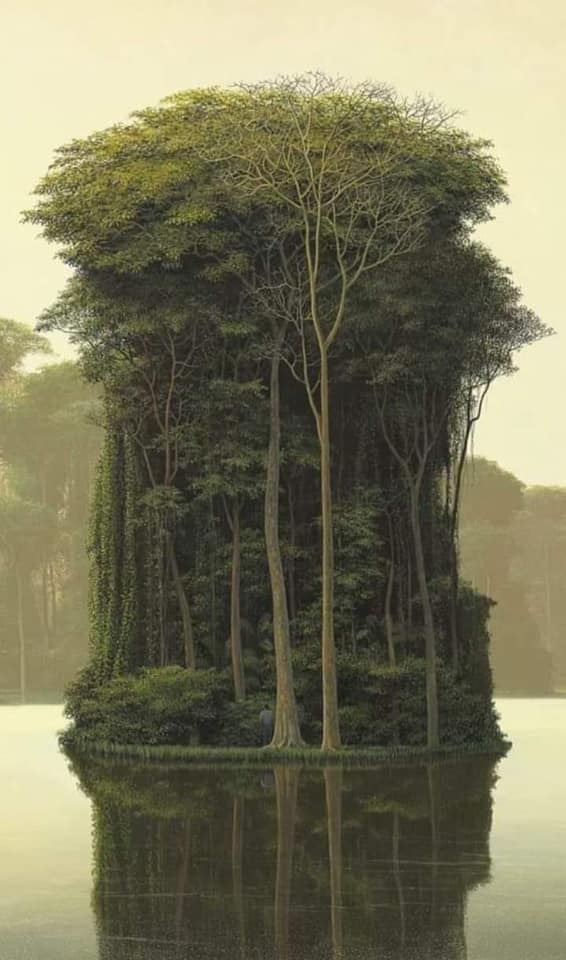