Sometimes people get overextended in a space and the pressure becomes difficult to take.  Reddit rage sets in.  That's the take-home message I got from Mike Hearn's recent post.  That being said it brings up some points I will comment on, carefully taking the author out of context.

From the start, I’ve always said the same thing: Bitcoin is an experiment and like all experiments, it can fail. So don’t invest what you can’t afford to lose. I’ve said this in interviews, on stage at conferences, and over email. So have other well known developers like Gavin Andresen and Jeff Garzik.

Absolutely right and these guys get credit for saying it.  It might also be worth pointing out that fiat money is an experiment, officially begun in 1971, though with more ancient roots (counterfeitable and unverifiable tokens with not even the usual pretend claims to convertibility into an asset was an experiment officially announced by the Nixon administration).  Indeed: don't invest what you can't afford to lose!  We are seeing a lot more people rage quitting that experiment than people like Mike Hearn who claim to be rage quitting bitcoin.  The thing is, everybody knows the fiat experiment is broken.  Nobody tells investors to hold large amounts of dollars.  Hackers at all levels of the chain produce untold dollars, pounds, and yuan every second.  It's not a secret.  Pundits discuss on TV how many new units might have been added to the supply over the last decade.  Bitcoin however is public - one can check the history of every coin in existence and count them all.  Anyway, it's still money.  And money is BY DEFINITION THE LEAST VALUABLE THING TO YOU.  The thing you'd part with FIRST in any deal.  Just saying.  See, I can shout too!

But despite knowing that Bitcoin could fail all along, the now inescapable conclusion that it has failed still saddens me greatly. The fundamentals are broken and whatever happens to the price in the short term, the long term trend should probably be downwards. I will no longer be taking part in Bitcoin development and have sold all my coins.

Well this seems rather extreme for somebody who surely has read most of the entries over at one of the collections of bitcoin obituaries.  The hash rate is up to 0.8 EH/s, record high.  The number of transactions per day is at near record high.  His comment here is very similar to "that restaurant is way too popular, too many people in there.  It's over for that restaurant.  I've sold my shares."  Why would popularity lead to decreasing price?  Why should we pay any attention to what somebody says they bought or sold in a blog?  The price of a dollar is still less than a bitpenny.  That's over a hundred times less than it was about five years ago.  You think fiat is going to regain that value?  I don't.

Think about it. If you had never heard about Bitcoin before, would you care about a payments network that:
I’m going to hazard a guess that the answer is no.

Phew, that was a lot.  Before the bullets begin the problems begin.  We refer to Bitcoin as "a payments network".  This is a common error.  Bitcoin is (also) (at least) a unit of account.  Considering a system which enables a verifiable public unit of account to be similar to Halal, Visa, or Swift, is really like hammering nails with a microscope.  Electronic gold, they call it.  You know, gold - the payment network.  Right.  It's a lot more than a payment network don't you think?  There are lenses in there.
Bitcoin can move my existing money, at least it can move the bitcoin.  The network isn't supposed to move anything else!  I made a few transactions today and they worked immediately.  The thing isn't a general payment network!  It isn't supposed to move hours of work, gold, ren min bi, special drawing rights, monopoly money, fideral re-serve notes, or funbux.  It is supposed to move bitcoin.  That's what it does.  A million or so got moved today.
The "wildly unpredictable fees" are going to be more of an issue in the future.  For the time however, this is nonsense.  Leaving out the coinbase inflationary fee (that is certainly predictable) we are left with required fees under 1 mBTC.  I used .0002 today and that worked fine.  Seriously, is this worth complaining about?  OK, we should talk about the future but it appears he's talking about the present here.  I dun see it.  At all.
How about this "allowing people to take back payments" thing?  Lets note first that he is talking about the least reversible digital payment system in the world.  Compare to a credit card or a check here and see that bitcoin is by far the least reversible.  A lot of folks complain it isn't reversible enough.  Anyway, zero conf double spend has always been possible, it was originally called a "Finney attack".  This is never going to be as big an issue as the "eat and run" attack.  Last I checked restaurants still give people menus before they pay.  If you really don't trust the customer with the amount, wait for a confirmation eh?  Maybe get her name and a photo and license plate number?  Seriously, have you heard of shoplifting?  Guess what: business goes on despite this GLARING SECURITY HOLE.  Omg I am gonna ragequit retail because Peter Todd made it easier to sew on pockets!  Scheiner said it best: commerce is strong against security holes.  People want to do business and make it work.  In the case of bitcoin the holes are remarkably smaller than anything else in existence.
Oh and what is this "bitcoin was just changed to allow it"?  That is nonsense.  Nothing changed.  5 year old software still validates the chain.  Miners mine what they want to as always.
As to the large backlogs and flaky payments, I'm generally not so shocked.  People doing business generally looks like that.  Bitcoin payments are less flaky than any other, because they are publicly verifiable and come with triple accounting built in.  What, angry that your verification took an hour?  Guess what - there ARE NO VERIFICATIONS EVER with your fiat funbux.  Have fun!
Is controlled by China?  What on Earth could this mean?  Bitcoin cares not one whit who you pay taxes to, what language you speak, or what groups of people claim you live on "their" land.  Nor what color your nazi papers are, or the shape of your nose or eyes.  How could it?  Miners are miners and they move the coins where they choose to, using whatever power and equipment then can get.  Follow the coins and the people, not the false corporate imagery the people hide behind.  There's no Santa Claus or Uncle Sam nor some guy called China that "controls bitcoin mining".  The idea is too broken to even consider.

If you haven’t heard much about this, you aren’t alone. One of the most disturbing things that took place over the course of 2015 is that the flow of information to investors and users has dried up.

I really don't follow this at all.  Would that it were true!  We live in an era that the flows of information are far too voluminous.  In all cases the difficulty lies not in obtaining flows but in filtering them.  In this case in particular bitcoin remains largely unchanged and so there isn't much news of importance other than the big news:  bitcoin still works.  Five year old software still verifies the existence and current possession of all coins on the network, just as it did then.

Eventually, some users found their way to a new uncensored forum. Reading it is a sad thing. Every day for months I have seen raging, angry posts railing against the censors, vowing that they will be defeated.
But the inability to get news about XT or the censorship itself through to users has some problematic effects.

He goes on and on here, presumably talking about some commercial forum company like reddit or facebook.  Whatever.  He reads it every day for months?  Hmm..  take a break yo!  Go for a walk.  Without some hours alone in a wilderness setting, how the fuck do you expect to recharge your batteries?  Anyway, these kind of sites are always censored once they become popular.  If people can use them to get together or exchange information, fine.  Otherwise, they are probably best ignored.  Obviously the author understand this and does the right thing: publishes himself.  Well, sorta.  Instead he used "medium".  Maybe he doesn't get it.

One of them, Gregory Maxwell, had an unusual set of views: he once claimed he had mathematically proven Bitcoin to be impossible. More problematically, he did not believe in Satoshi’s original vision.

This is a very interesting point worth reading about!  Indeed, the Byzantine General's problem or Distributed Consensus was proven to be impossible.  Thus, bitcoin shouldn't work.  Go read about it, GMaxwell was not the only author to claim impossibility of finding a distributed consensus in systems including various degrees of uncertainty.  The take home story here is that these proofs were correct:  bitcoin doesn't achieve 100% consensus.  The consensus is always probabilistic.  The relevant formula for how close to 100% one can get with enough confirmations is in the original whitepaper.  One might say that bitcoin is not an ideal object but a real object.  There is always a small chance that certain elements of your consensus tally are "wrong" in that a longer chain will emerge that shows a different history.  Neat huh?  Sounds crazy, but the remarkable thing is that it works.

But Bitcoin Core is an open source project, not a company. Once the 5 developers with commit access to the code had been chosen and Gavin had decided he did not want to be the leader, there was no procedure in place to ever remove one. And there was no interview or screening process to ensure they actually agreed with the project’s goals.

Nor is there any procedure in place to ensure that Mike Hearn's post or my comments on it will agree with your goals.  It's just information thrown up in an unreliable channel.  Not even cryptographically signed!  Lol right?  What project?  What goals?  Everyone has their own dreams and ambitions.  Expecting github to just serve up your solutions is likely to lead to frustration.  Don't get me wrong, I appreciate everyone who contributes to open source projects, not just bitcoin.  These people give hope to humanity in difficult times.  That goes for Mike Hearn too: thanks!  Go back to enjoying writing useful code and just ignore whoever it was on whatever troll box that pissed you off. 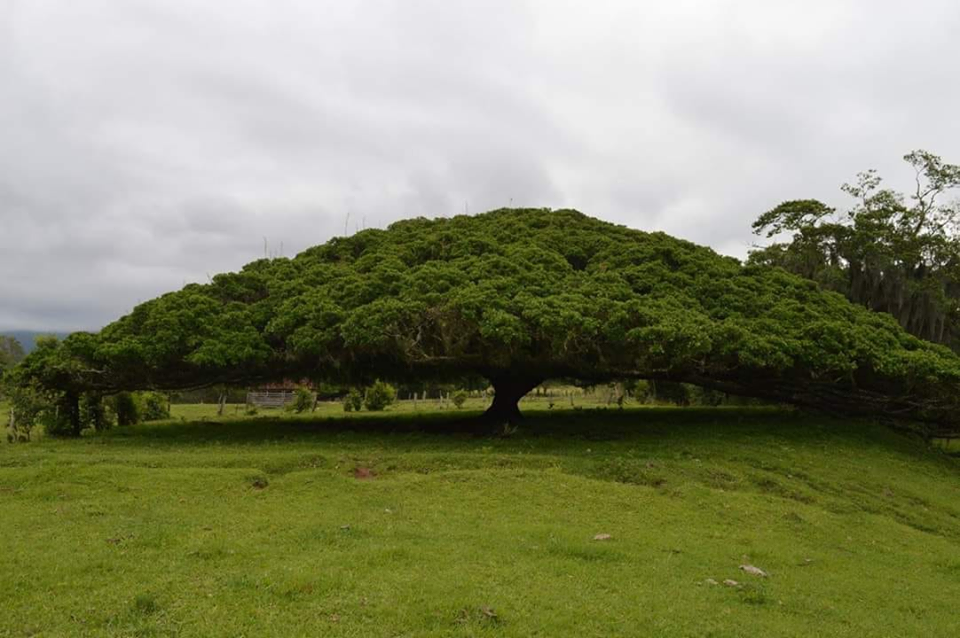