This tree is said to be 1,328 years old, way before the Spaniards discovered the Philippines in 1521 and named the country after King Phillip II of Spain. The tree can be found in Canlaon City, Negros Oriental, in the Philippines.

This tree is also known as a "Balete" or "Banyan" tree. Scientifically speaking, "a number of these trees are known as strangler figs wherein they start upon other trees, later entrapping them entirely and finally killing the host tree." They are also called hemiepiphytes. Some of these "Balete" trees produce an inferior quality of rubber. 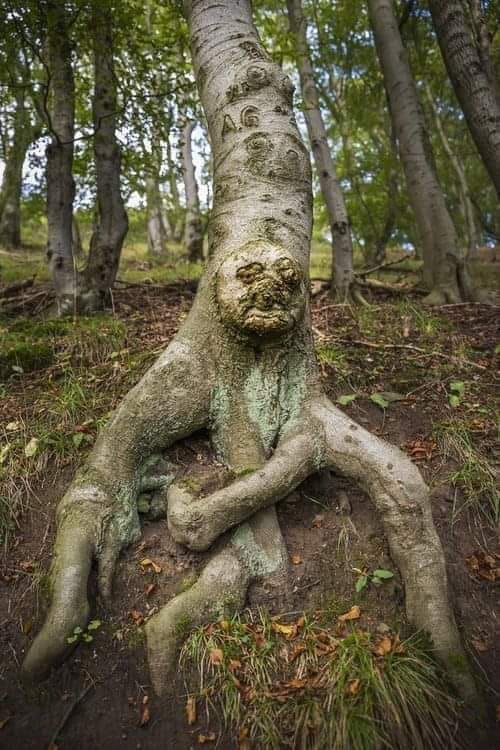