Editor: The following content is by Dmitry Orlov and is republished without his permission. The author deserves some free publicity. If you like the article, as you should, go and check out his patreon page: https://www.patreon.com/orlov. He's got a lot of articles there better than this one.

Why do Capitalists hate Socialism?

There is currently a renewed level of interest in socialism among young people in the United States. Some analysts say that given their preferences a move in the direction of socialism is almost inevitable. Critics of socialism often voice the opinion that socialism won’t work, in the sense of producing a positive economic outcome. But I would argue that positive economic outcomes are not something we need to consider; that’s the stuff of unicorns and rainbows and AI-infused muffins that jump into your mouth when they remotely sense that you are hungry. These may all be worthy of consideration on some level, but what we should concern ourselves with first is having the prerequisites for basic survival. And here socialism really shines because it has vastly superior failure modes.

Do capitalists hate socialism? If you read some capitalist publications—which are pretty much all of the privately owned ones, plus all the government-financed ones unless the government happens to be a socialist government—you inevitably walk away with the thought that socialism is somehow bad. The reasons given for this vary: socialism produces inferior economic results; socialism creates moral hazards; socialism eventually fails. None of these are convincing. Capitalism is quite capable of producing inferior economic results too and, looking around the planet, does so with some regularity. Capitalism creates one single moral hazard—putting money and property ahead of people—which is greater and more socially corrosive than all of the ones created by socialism. And although socialist regimes do eventually collapse, so do all the capitalist ones because nothing lasts forever. These are clearly not the real reasons. What is the real reason?

Well, it could be as simple as this: capitalists hate socialism because it isn’t capitalist. As a result, it doesn’t prioritize the wishes of capitalists—to amass limitless wealth and control, to create financially motivated elites that are willing to perpetuate oligarchic systems of governance, to ignore social needs and to treat the population as a natural resource to be exploited for private gain…—above the wishes or the needs of the general population.

Internationally, socialist countries are tough nuts for capitalists to crack: they can’t just target some poor unsuspecting country, soften it up with a bit of trade war, walk in and buy up all of its assets for peanuts, tell its population to go camping, export and sell everything that isn’t bolted down and finally saddle whatever remains with levels of public debt that can never be repaid. Socialist governments are not amenable to such treatment, and even if they are overthrown and replaced with pro-capitalist puppets (current events in Venezuela come to mind) the people, whose minds have been poisoned with socialist thinking, send Mr. Kalashnikov in to negotiate and pump the capitalists full of bullets. Obviously, this prospect fails to excite the vulture capitalists.

But even the non-vulture capitalists who agree to play along with a socialist system find their wings clipped through progressive taxation, insistence on public ownership of major institutions and a large state share of ownership in strategically important public companies, and this breeds resentment among them.

Perhaps you are a capitalist yourself, with a few billion dollars of net worth (the billion is the new million, you know). This would explain your attitude; as to why, see above.

Or perhaps you are wannabe capitalist: you have amassed or inherited some wealth and, like a predator that has tasted human blood, you want more! And you think (perhaps rightly so) that capitalism will offer you better chances of amassing even more wealth than socialism.

Or perhaps you have lived in a country where all mass media companies are privately owned (by capitalists, obviously) and where, with the possible exception of some college professors, everyone you’ve had a chance to listen to has been continuously spouting capitalist propaganda. And so you grew up thinking that rich is good, poor is bad, and want to make yourself better by becoming richer—at everyone else’s expense if need be (although “win-win” scenarios are of course preferable). It is inevitable, you now think, that a few win and the rest lose. The ones who lose do so because they lack gumption or derring-do or some other praiseworthy quality. In your mind, socialism as a brand has been associated with some suspicious, squinty-eyed foreigners—the Chinese, the Russians, or those horrible, horrible Scandinavians!

There are some other reasons why you might find it rational to hate socialism; for example, you might be a natural-born psychopath, or perhaps your paycheck depends on you saying bad things about socialism and you prefer to also hate it in order to avoid the cognitive dissonance. Or perhaps you are a by nature a misanthrope, can’t possibly be convinced of the innate goodness of humanity, and any system that appeals to one’s better nature (as socialism has to) elicits loud cries of “Bah, humbug!” from you.

Whatever the case may be, please sort yourself out as to why exactly it is that you hate socialism (if in fact you do) because for purposes of this discussion it would be helpful if you didn’t hate it. Alternatively (if this is too difficult for you) you could instead decide that you hate capitalism too, leveling the playing field.

With that question sorted, we can move on to actually appraising socialism’s value. Does it produce better economic outcomes? Well, no, generally not. It produces better social outcomes, so that, for example, Cuba has the healthiest, best-educated and generally happiest people in all of Latin America, but few would argue that the Cuban economy is anything to celebrate. In fact, a healthy, growing capitalist economy generally produces better results for just about everyone provided it has some rudimentary mechanisms for sharing the wealth (minimum wage laws, some amount of public health care, some amount of free education, etc.) especially if it still has some defeated formerly socialist nations and third-world countries to rob and plunder.

But that’s not a situation that we need to concern ourselves with any longer. Healthy, growing capitalist economies are fast becoming an obscure special case that may still be worthy of academic study—the way evolutionary biologists study the dodo or the coelacanth—but too obscure to be of general interest. Instead we should look at what’s real and look at the relative merits of capitalist and socialist forms of social organization in the context of economic degeneration, disruption and collapse.

Why is a healthy, growing economy now such an outlier that we need not concern ourselves with it at all? There are three major reasons.

The first is just the reality that developed capitalist economies haven’t been growing at all so far this century. Yes, they do report positive GDP numbers (not too positive, but still) but they are misleading because they fail to subtract debt. Debt may not be a problem if it is repayable; that is, if growth is sufficient to compensate for it, because a larger economy makes the same level of debt relatively smaller. But all of the developed capitalist economies are only able to continue to function economically by rolling over much of their old debt into new debt and then some.

And the main reason growth is no longer possible is because of resource depletion, especially with regard to energy. Peak Oil is in the past, Peak Coal is right now, and there is nothing to compensate. Alternative energy and energy efficiency improvements have been soaking up on the order of 20% of all new energy investment worldwide but have resulted in no better a 0.8% per year relative decrease in fossil fuel energy use. This has had almost no effect on the use of oil: if you want to grow your economy by some amount, then you will find that you are forced to increase your oil consumption by almost as much. Yes, a bit of road transport can run on natural gas and railroads can be made electric, but for most forms of economic activity, for a wide variety of technical reasons, there is simply no substitute for oil.

The last reason continued economic growth is unlikely is rapid climate change. Every year it becomes more and more expensive to insure assets against the effects of climate upheaval—droughts, floods, forest fires, coastal inundations, heat waves, more powerful storms, etc. This is already a major economic effect, but the extent of the climate change-related damage is not going up linearly but doubling, so we haven’t really seen anything yet.

The economy is highly likely to go from bad to worse, and this is where socialism really begins to shine: it has much better failure modes. Where in a capitalist system companies can be driven into bankruptcy by a resource shortage or a spike in interest rates, in a socialist system they can just continue functioning at some lower level. Under capitalism, if everybody is losing money then there is no profit motive, and without the profit motive there is no incentive to do anything. Markets stop functioning, commerce stops and people lose access to what they need to live. As a result, a capitalist economy collapses much faster and much deeper than a socialist economy.

A socialist economy, on the other hand, is focused directly on production and distribution of products and services. It is motivated by public needs rather than private desires and is not deprived of its raison d’être when the profit motive goes away. Its major weakness is that it relies on solidarity, good will and compassion for one’s fellow man, and these are all in limited supply and can become dangerously depleted, especially if basic needs aren’t being met. Unlike capitalism, socialism can’t tap into the limitless supplies of base human qualities such as greed, rapaciousness and avarice. But also unlike capitalism it does not automatically collapse as soon as it fails to appease these base qualities. Instead, it can muddle along virtually forever. If less food can be produced, less will be distributed, but if this is done correctly then nobody will feel cheated. In short, socialism has much better abilities to muddle along as the situation becomes progressively worse.

There is currently a renewed level of interest in socialism among young people in the United States. Some analysts say that given their preferences a move in the direction of socialism is almost inevitable. Critics of socialism often voice the opinion that socialism won’t work, in the sense of producing a positive economic outcome. But I would argue that positive economic outcomes are not something we need to consider; that’s the stuff of unicorns and rainbows and AI-infused muffins that jump into your mouth when they remotely sense that you are hungry. These may all be worthy of consideration on some level, but what we should concern ourselves with first is having the prerequisites for basic survival. And here socialism really shines because it has vastly superior failure modes 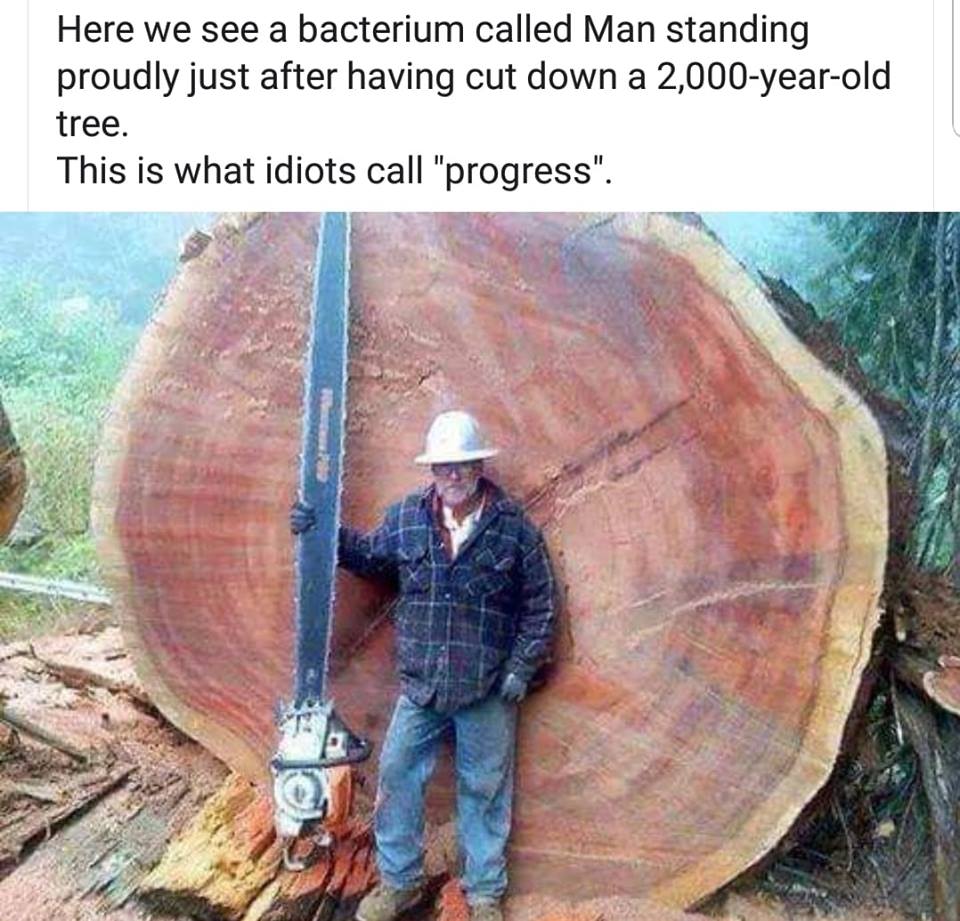