Here the general purpose "environmental" term refers to the conditions of life. Things like biodiversity, arable land, and sustainable ecosystems. We're talking about the prerequisites for life. If you like to assume this means human life that's fine because the prerequisites to human life directly include a huge portion of the body of life on Earth and indirectly we might argue the entire body. We also take in our parsing of the word "environment" something about the condition of life, that is we wish the environment to be such that life can thrive, be fruitful, and the living can pursue happiness. To not have fear of disease from breathing the air or drinking the water.

While it would be quite enjoyable to get into the specifics of all these terms and attempt to quantify or model them it is assumed at this point that you dear reader have some concept of what this huge unfinished work refers to, at least roughly, and so we will be able to forge ahead and discuss the environmental impact of privately issued currency.

While many politicians, the founders of the United States, religious leaders, scientists, businessmen, inventors, and engineers have spoken out about the extreme mistake of adopting a privately issued token as money, many others have not even considered the topic. Currency is too much part of daily life to consider objectively, like the fish who can't see the water, or not being able to see the forest because of all the trees in the way. Part of the issue is that people don't trust themselves to think about money as they don't think they know whats going on. And who can blame them, of course we don't know everything that's going on! However in order to obtain some inkling of what is going on it is required that we trust our imaginations to at least some extent so that we might "think about it". Very simple thought experiments can be quite useful in advancing our understanding here.

We divide our attack of the environmental damage caused by the use of privately issued currency as money into two portions.

Consider the biggest projects that have destroyed habitat and caused environmental damage. Perhaps a massive construction project near where you live. Perhaps a massive dam you heard about choking the veins of mother Earth. Perhaps a paving over of arable land, a military base or action, or an industrial spill fiasco. Ask yourself now, where did the money come from to pay to do that horrible thing? In almost all cases, the answer will be that fiat was loaned to the offending party by a bank, in other words, that newly issued currency was provided to the offending party to pull off the offensive construction project.

Another way to view this is to plainly state that allowing private issuance of currency enables gross misallocation. Got a project that requires millions, billions, or trillions of dollars with dubious long term support? Something like an oil pipeline or a batshit insane housing project? If you live in an area in which people accept privately issued currency, you can bring your proposal to currency issuers. The risk of loss to them is not very substantial, and so they might just go for it. Wars, massive unneeded industrial sprawl, massive unneeded shopping centers, suburban sprawl, you name it - fiat pays for it. In fact people don't really care if the project ever works out - they just want a new project to issue currency for. It adds to the GDP right? Creates jobs right?

If the money for these things had to be diverted from other potential projects, then there would be much MUCH more consideration given to whether these things made real financial sense. That would be a sound money system where money couldn't be issued at no cost. We'd have to be a little more careful then. Good thing we live in a fiat economy and don't need to be careful about the environment, right?

So we see that fiat currency allows gross mismanagement and environmental disaster as opposed to the alternative of sound money. It follows unambiguously that accepting fiat currency for your goods or services makes you a party to these crimes.

2) It impoverishes those who could otherwise make a difference.

Some of the environmental destruction which has ushered in the anthropocene age has not been massive construction projects. Instead it has been medium sized fishing vessels, small farmers practicing slash and burn, and smaller parties slowly expanding urban areas, depleting soils in agricultural regions, poaching wildlife and cutting down a few trees "for the cash".

In all these cases, the people involved are "just trying to stay ahead", and in losing this battle (you can't stay ahead of an issuer) they are forced to cut more and more into their reserves - unable to save anything they are forced to drastic practices. To understand what's going on here consider the examples of a farmer and a fisher. Both are exchanging their wares for privately issued currency which they then use to purchase tools and pay the rent. Not being members of the issuance class nor near to it they have been unable to purchase the land they live on and so must pay a rent. Fish and food don't last with time so the families convert them to fiat currency which they can hold until they need to pay the rent. Unfortunately currency is issued at an exponential rate and so the rent goes up faster then they can save. They need to pull more and more fish out of the water and ignore that these populations are dying - to apply more and more NPK fertilizer to the soil and ignore that it will not support this much longer. They are forced to cut down the apple tree for the immediate cash it will provide and ignore the long term cash the apple tree would have provided.

To put it simply, these people are basically fucked over and their only way to stay alive is to to venture further in the destruction of some part of their local environment. Had they been able to save, or to live in a sound money system, none of these actions would be forced and the fisher and farmer could treat their lands and oceans with the respect they deserve.

The other side of the equation here is the issuers who might choose to continue buying up the fish and food produced by these fishers and farmers. They have no incentive to even treat the items with respect - if a million dollars of fish is wasted at an issuer's corporate party, this won't be seen as a financial problem because a million fresh dollars could be issued at the press of a button. Again there is no respect for limited resources engendered by a system of unlimited issuance.

This all might appear like an attempt to vilify the issuance class and blame them for the castastrophes of the anthropocene age. You who had the power to help, did not. However the opposite is true. The blame here can to go to anyone and everyone who has accepted a privately issued currency - enabling the abuse of power which has led to pollution and destruction of our most valuable resources.

Shame on us. Stop following the lemmings to their doom. Every time we say "20 dollars please" we are implying that we don't mind that issuers are able to create dollars from nothing - and that we don't mind that this ability will continue to lead to gross environmental destruction. We are explicity violating the constitution and therefore committing treason against our nation. For the children and our own life, we should consider asking for a finite resource instead, such as a public currency or a physical commodity.

But will we? Will we do what is the clear logically and morally right choice and immediately drop privately issued currency and stop the madness? Sadly we are not creatures of logic or morals but we are eusocial creatures - we follow the herd first and think second - and the behavioral dynamics of Gresham's law says we will scrap like slargs for the last used sum of fiat currency - enabling still further madness - until the Jubilee finally arrives and not one fool can be found to accept any sum of dollars, euros, yuan or yen.

This post bought to you in part by Antibalas Orchestra:

4 Replies to “The Environmental Case against Fiat” 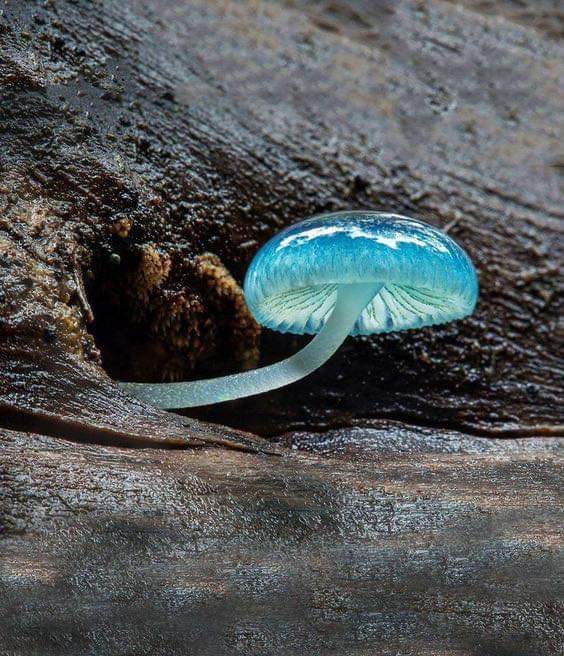